WORKSHOP 4 HELD AT THE UNIVERISTY OF MÁLAGA (SPAIN) 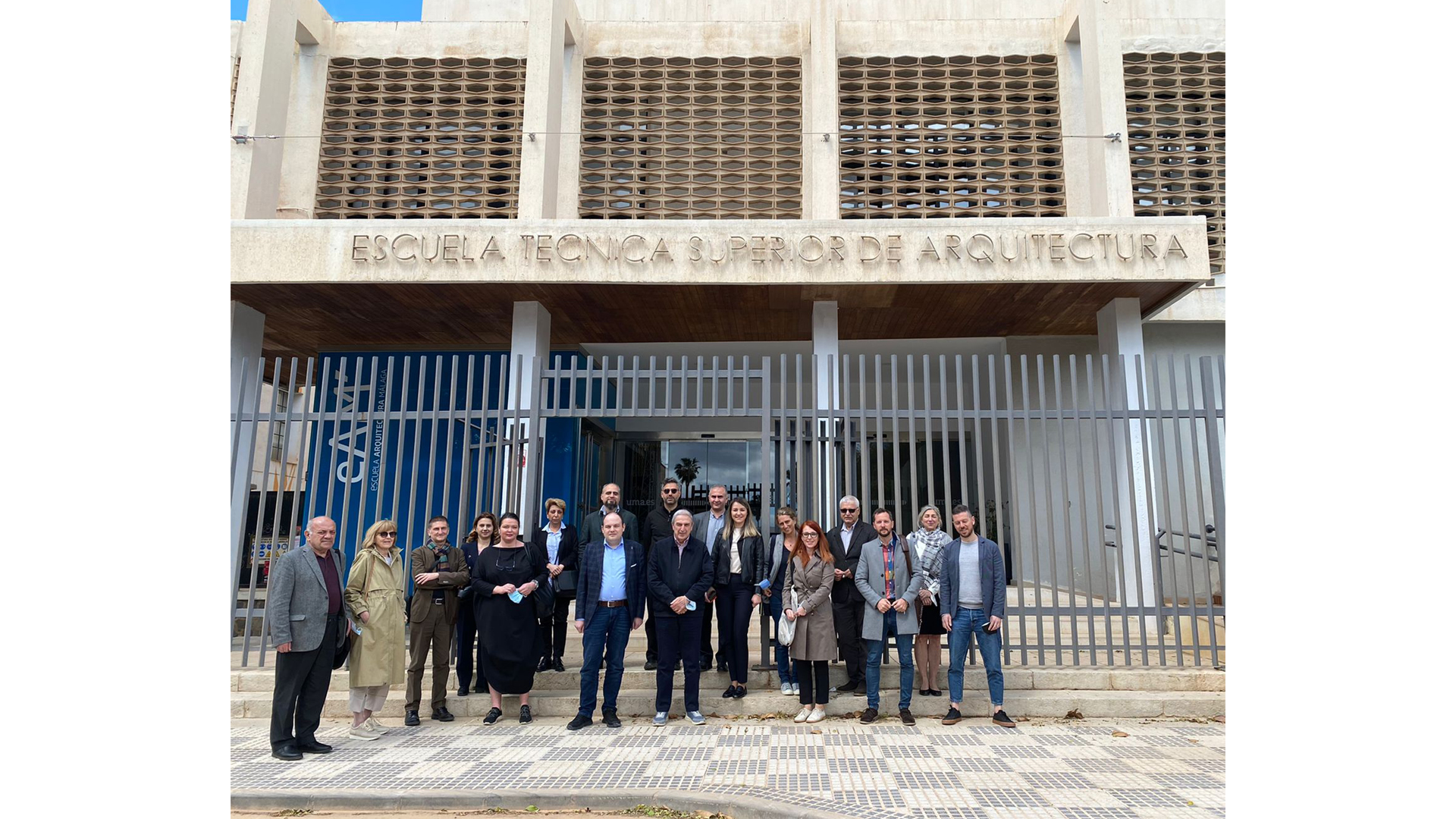 Following the agenda of TACEESM 2020|23, from 18th to 23rd of April 2022, TALLER 4 was held at the School of Architecture of Málaga (Spain), within the WP 4 UNIVERSITY ENTERPRISE COLLABORATION, aimed at development of means of cooperation between academia and industry.

The meeting was organized by the University of Malaga in a hybrid form. The on-site meeting was attended by representatives from Italy, Slovenia, Bosnia and Herzegovina and Armenia, who presented both their experiences and good practices in cooperation between academia and industry, as well as the objectives and proposals to collaborate with companies that they have previously selected and included in their databases.

ASpecial emphasis was placed on the importance of organizing live workshops and the need for companies to be motivated to work with universities, highlighting that this is a long-term process that will require time and persistence, with the objective of achieving a change of mentality and culture of the local markets, which will get used to this type of collaboration.

During the workshop, the different teams presented some of the university-companies collaboration projects they were working on. Thus, the partners universities presented some cooperation models such as Synopsis Armenia and the Armenian National Engineering Laboratory Project (NPUA) or the HURBE lab, (Centre for Energy Efficiency and Environmental Protection) (ONNU), among others, highlighting the importance of these collaborations for strengthening the university-companies relationships.

Also, the Employability Service of the University of Malaga presented the Business internship management in the University of Malaga and the ICARO platform: The Portal for Management of Practices in Business and Employment used by Andalusian Public Universities (Spain). In the same session, both the European Universities and the partner Universities presented their report on internship programs, highlighting the advantages and disadvantages found in these programs, as well as a proposal on internship programs in each university.

Another interesting project carried out by the University of Malaga, "Solar House Patio 2.12", was also presented. A project which incorporates the three different forms of collaboration with the industry that were proposed (competitions, projects and patents). Proposals for joint projects to be carried out and proposals of collaboration between partner Universities and European Universities were emphasized, such as the summer school to be held in July in Malaga, or the promotion of invited conferences.

The workshop closed with an interactive session in an informal environment in which the teams suggested activities for future cooperation between universities, universities and companies, and also suggestions for the content of the online platform. Finally, the Malaga team led the rest of the teams on a walk through the city centre.

All attendees have been very active and proactive about possible forms of collaboration between Universities. This shows the high interest of the Universities involved in maintaining relationships in the future.

The European Commission's support for the production of this publication does not constitute an endorsement of the contents, which reflect the views only of the authors, and the Commission cannot be held responsible for any use which may be made of the information contained therein.